What’s up guys? I decided to do my first ever book review. I have actually been planning this for a while now and it is the right time mainly because I found the right book.

Title: All the bright places

The Movie adaptation was released in the early months of 2020.

Theodore Finch is fascinated by death, and he constantly thinks of ways he might kill himself. But each time, something good, no matter how small, stops him.

Violet Markey lives for the future, counting the days until graduation, when she can escape her Indiana town and her aching grief in the wake of her sister’s recent death.

When Finch and Violet meet on the ledge of the bell tower at school, it’s unclear who saves whom. And when they pair up on a project to discover the ‘natural wonders’ of their state, both Finch and Violet make more important discoveries: It’s only with Violet that Finch can be himself – a weird, funny, live-out-loud guy who’s not such a freak after all. And it’s only with Finch that Violet can forget to count away the days and start living them. But as Violet’s world grows, Finch’s begins to shrink.

How far will Violet go to save the boy she has come to love?

All the bright places Book review

I recently stumbled on this book on Jennifer Niven’s all the bright places on Pinterest and I also got several recommendations from my friends who had either read the book or seen the movie. At some point I wasn’t going to read this book, I must confess cause I’m not really a romance person but I’m glad I did. Actually there was so much hype around it that I wanted to be sure that it’s actually deserving.

During the course of reading the book, I was so impressed that I went on google to search if the book received any awards and it did. All the bright places by Jennifer Niven received children’s choice book awards, 2015 good reads choice awards, 2017 Rosie awards and it also won 2016 mare di libre book price for best YA Book.

Earlier this year, the movie adaptation of the book had been released. From what I have heard it was well depicted. I haven’t seen the movie but from experience books are better than movies. Don’t argue with me though.

The book kicks off on the ledge of the Bell tower where two depressed highschool students find each other hanging on a thin thread for different reasons. Finch who is troubled because of his abusive father, dysfunctional family and bad reputation meets violet the beautiful cheerleader, devastated after the loss of her sister in a car accident which she survived. Shortly after, they become partners in a geography project which leads them touring the beautiful Indiana. During the course of their exploration, they form a friendship which later blossoms into a beautiful love story.

It is written in alternating first person between the main characters, Violet and flinch. I like that the Jennifer Niven did that because it made it so easy to understand the two characters and to feel the connection between them both. I could swear that I felt their hurt, their joy, love, excitement and pain.

Reading the book summary, one would assume or think that the novel will have a really dark read… I mean it talks about suicide and depression. On the contrary, the main characters are very lively people.

Both characters were absolutely loveable and relatable. Violet is the girl who grew up in an happy family but faces one of the greatest trauma anyone can possibly face, losing a loved one and Flinch an exciting character who grew up in a toxic environment which had a huge impact on his mental health.

Mental health is really important and this book did justice to potraying what it looked like to suffer from mental illness. As someone who has suffered from depression, I could see my self in the two characters most especially Finch. He expertly masks his internal struggles with his funny and cheerful outward appearance so much that it is hard to imagine that he might be going through any form of pain.

This goes not without saying depressed people don’t write it on their foreheads. They laugh, they joke, they encourage you to be better like flinch did with violet. He was able to being Violet back to life, breaking down the walls which she built around herself after her sister’s death.

Each minor character played a part in making this book what it is, lovely. Finch’s sisters and their subtle traumas from his perspective, his mother who tries in her own way to deal with the aftermath of their father’s abuse and his abusive father. Also the Violet’s imperfect sporty ex boyfriend Ryan, the best friend Amanda and the bully.

I honestly enjoyed reading about their friendship and how it blossomed into love. The unconditional love that they had for each other was nothing short of beautiful. I loved that they rose above every hurdle they passed through to fight for their love.

Jennifer Niven wrote about depression and bipolar disorder with so much accuracy that I fell in love with her. I read the entire book in one sitting and I had to use tissue. It was so emotional and intense that I didn’t know when tears started rolling down my cheeks.

From using poems and music lyrics to express emotion to using Virginia Woolf suicide lines, the book is everything and more. It’s one of the books you read and you never forget. With this book, every line had a meaning, every word was important and I can’t seem to forget some of those lines.

I absolutely recommend this book to anyone who is looking for a romance book with not just words, but emotions with substance. If you liked John Green’s a fault in our Stars, then you would absolutely love this book. 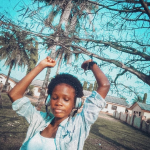 4 thoughts on “Book review- All the bright places”